You’ve Got Mail — and Clean Air 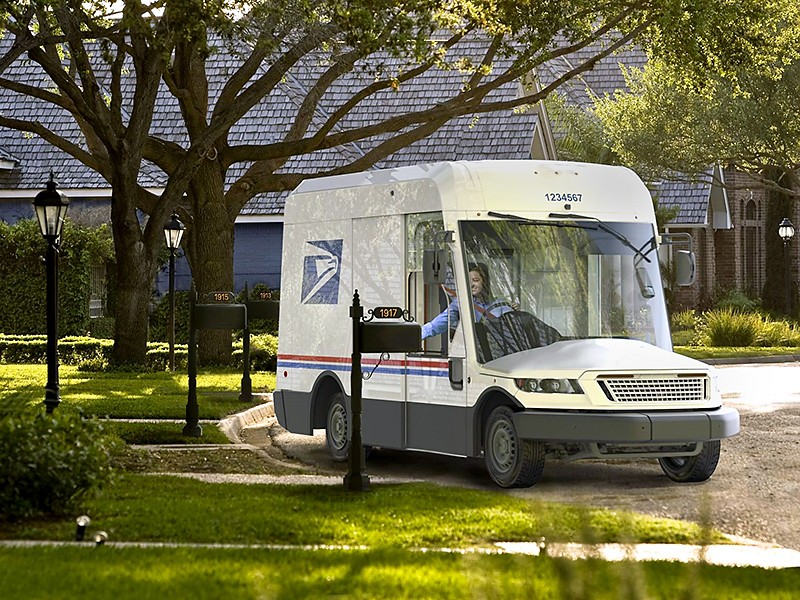 The United States Postal Service Next Generation Delivery Vehicle, shown in this concept image, can be built with either a gasoline or electric drivetrain.

Forget Amazon delivery, it could be the humble, dependable US Postal Service that ushers us all into the electric future. Along with 200 billion pieces of mail a year, electric postal service trucks could also deliver clean air benefits to every neighborhood – that is, if the Biden administration takes charge.

As Earthjustice works to accelerate the shift from dirty to clean energy, we often talk about “low-hanging fruit.” These are transitions that would be the easiest to make happen, with the most benefits. When it comes to electrifying the country’s postal service fleet, the fruit couldn’t be riper. Mail trucks are prime for electrification. They go short distances each day (averaging around 20 miles), they tend to idle as they traverse our streets, and they park at night in a centralized location that would make charging them a breeze.

So what would it take to make that happen? This should be a no-brainer for the federal government, and an easy win to protect our lungs and the climate. Last year, President Biden even issued an executive order to acquire only zero-emission federal vehicles in the coming decades. But in that same month, the postal service (still led by a general postmaster appointed during former President Trump’s administration) issued its final environmental analysis for a plan to purchase up to 165,000 vehicles with 90% of them being fossil fuel burning vehicles. The proposed design got a lot of attention and some laughs for the way it looks (if you squint your eyes, you can just make out Donald Duck’s face), but it should have been lambasted for something far more sinister in its design: 90 percent of the trucks Postmaster General Luis DeJoy wants to buy burn fossil fuels and have a worse fuel economy than a Ford F-150.

Mail trucks run for decades upon decades – meaning that they could either deliver clean air with zero emissions technology, or dim our climate future and harm our lungs long enough to impact several generations of Americans.

It would be absurd and funny, if it weren’t such a tragic missed opportunity for the country. If the federal government decided to shift its fleet to electric delivery, it would be one of the largest electric vehicle contracts in the world. It could generate enough manufacturing jobs to put a state like Wisconsin on the map for electric vehicle production, given the size of this contract. Mail trucks make up over 30% of the federal government’s vehicles, so an electrified fleet would save neighborhoods in this country from a staggering amount of air and climate pollution. We’d be opting out of burning 135 million gallons of fuel every year, which we’re otherwise locked into under Postmaster General DeJoy’s plans. Electrifying the USPS would save us from burning a jaw-dropping 2 billion to 4 billion gallons of fuel over 20 years.

Regardless of whether we take public transit, drive a car, or bike to get around, we get mail delivered. It’s almost a universal trait, a daily experience for all Americans. An electrified postal service fleet would benefit all of us.

We need the Biden administration to play hardball over this contract. The environmental analysis from the USPS is bad – almost eighth-grade science report bad – and misleading. Put in more formal terms, the EPA called the environmental analysis “inadequate,” and missing “meaningful consideration of the proposed action and alternatives.”  Earthjustice and our environmental and labor partners are pushing the EPA to refer the issue to the White House Council on Environmental Quality, leveraging a rarely-used procedure. Agencies like the EPA and the White House  Council on Environmental Quality not only can, but have a moral obligation to push the postal service to do an analysis that is honest and lawful. They should avail themselves of every opportunity under bedrock environmental laws like National Environmental Policy Act and the Clean Air Actin this fight  for clean air and our climate. Second, President Biden and the Senate need to fast-track confirmation of the new postal service board members. It’s clear that Louis DeJoy should not be leading the postal service.

Join Earthjustice, and our allies with the Union of Concerned Scientists, NRDC, and the Sierra Club, and tell the Biden administration to step in before the postal service makes a terrible mistake.

It’s time to lift the humble mail delivery truck to heroic status and make it electric.