The only thing we can truly trust this industry to do is fight to preserve its business model and secure profits for its shareholders. 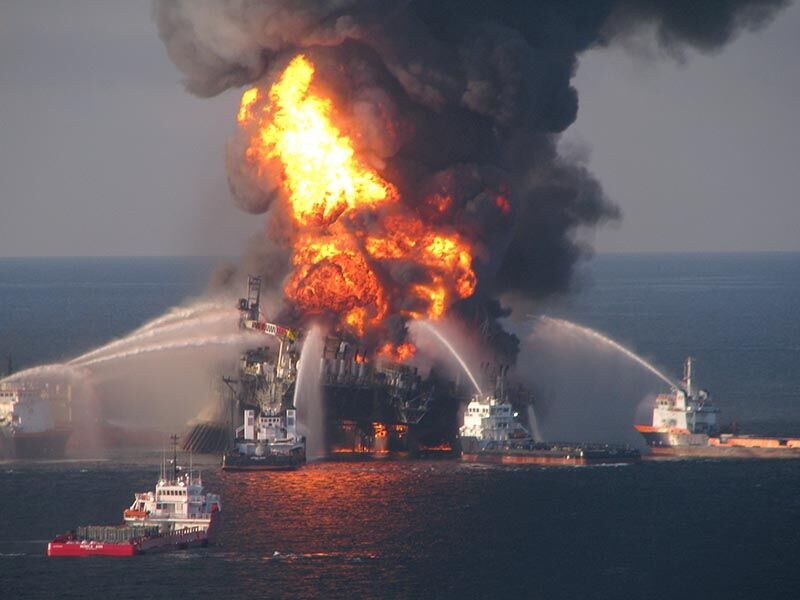 In the face of an acute energy crisis in Europe, global energy insecurity, war in Ukraine, and escalating geopolitical turmoil, the U.S. oil industry wants to offer us its help and advice. Give us more, they say, and we can ease the pain and bring stability: more subsidies and more access to your public lands. Put off your plans for a clean energy transition. Live a bit longer with the injustice, illness, and degradation we cause. That’s the solution.

Should we listen to Big Oil’s advice? Or do we finally say “no more”?

As we consider that question, we should remember that April 20 marks the 12th anniversary of the BP Deepwater Horizon disaster. I was one of the staff members of the bipartisan commission that investigated the spill. What I learned still haunts me, and makes me very unwilling to trust the oil industry’s policy advice.

What we found as we investigated the BP spill is that the oil industry’s technological and economic accomplishments had generated hubris and greed that led it to downplay or even ignore the risks its operations posed to the people and ecosystems of the Gulf. Worse still, the industry promoted politicians and regulatory leaders who defunded and defanged the very agencies charged with questioning the industry’s assertions and policing its operations. Oil companies convinced us that we could trust them to follow “industry standards” (which they defined) and that this would be enough to ensure our safety.

At the very same time, however, the industry took steps to ensure that it would not be held responsible for dealing with problems if things did go wrong. Among other things, it successfully lobbied for laws that limit liability from deep-water operations. Why? Because insurance companies—which rely on their own independent risk assessments—would not sell insurance policies that could cover the true costs of a deepwater blowout. This highlights an oft-ignored fact about the BP spill.  We were lucky that that one of the industry giants owned the Macondo well; had that well belonged to any of the dozens of smaller and less wealthy companies that operate in the Gulf, taxpayers would have been left footing the entire response and recovery bill. (As it is, BP’s payments covered only a fraction of the true costs.)

Industry leaders admitted to me that they never imagined that a deepwater blowout could ever happen in the Gulf of Mexico. That’s why none of them—not Exxon, not Chevron, not Shell, not anyone—had thought in advance about how to stop a blowout like the one at Macondo. It took them nearly three months and 200 million gallons of spilled oil to figure it out.

This insensitivity to risk is not unique to oil companies. In fact, it’s a built-in feature of corporations: we created them so that investors can undertake risky enterprises without individually risking anything beyond their fixed investments. Put another way, corporations are fictional people created by law to take risks that no real person would ever accept.

This system works when the corporations are taking financial risks that their investors understand and accept. We do need to work to make sure investors are well-informed: we have laws that require corporations to provide accurate information in annual reports and disclosures. We know that a corporation’s profit motives would otherwise lead it to understate risks in search of cheaper capital.

Trouble shows up, however, when the corporation is creating not just financial risks for investors but real-world risks for a vulnerable and sometimes deliberately misinformed public. BP’s investors certainly suffered from Deepwater Horizon disaster, but the families of the 11 men who died on the rig suffered the most. The residents of the Gulf also experienced enormous impacts and many still experience health effects from the disaster. Ecosystems collapsed, and with them, communities that depended on those ecosystems. Taxpayers paid an enormous bill. Most Americans felt surprised: we had believed the oil industry when it told us that it was operating safely, and that the risks were negligible.

Today, as we approach the anniversary of the BP disaster, we’re facing risks that make a deepwater blowout seem almost trivial: runaway climate change and the geopolitical instability and ecological collapse already accompanying it. The oil companies got us into this mess by concealing and denying the risks of fossil fuel use, but some of our leaders seem willing to trust those companies again when they say they know how to get us out of it. We should be extraordinarily skeptical when the oil industry tells us that we can solve an energy crisis by further committing ourselves to a fossil-fuel based economy. The only thing we can truly trust this industry to do is fight to preserve its business model and secure profits for its shareholders. To do those things, it will disinform and delude anyone—including itself.

There are other solutions. Industry knows it, Congress knows it, and the White House knows it. In the US alone, we already have 95% of the renewable technologies we need to be emissions-free by 2035. We have a choice: we can build the reliable, secure, affordable grid we need to meet the climate crisis, or we can offer the oil barons more land and more leases. But let’s not fool ourselves: we are in a hole, and they are telling us to dig it deeper.