Demand for critical minerals is rising. We must ensure we can meet it in a secure and sustainable way 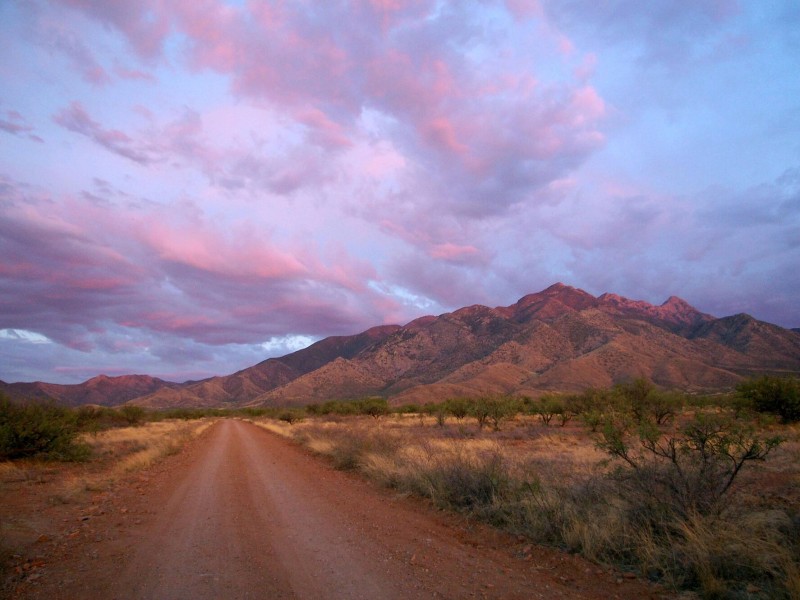 The Santa Rita Mountains in Arizona contain sacred places and cultural sites that are important to several local tribes. They are also the proposed site of a copper mine.
Alan Schmierer / Flickr

There is a way to electrify our cars, trucks, and buses without replicating the toxic burdens that our current energy system imposes on certain communities. In fact, there’s an obvious place to start: Reform the U.S. law that has allowed the mining industry to pollute freely for a century and a half.

We know that to save our planet from the climate crisis and insulate ourselves from volatile energy prices, we must rapidly build out electric vehicles, charging infrastructure, solar panels, and wind turbines to power our communities to a clean energy future. We know this transition depends on critical minerals like lithium and cobalt, which are in the batteries that power electric vehicles and store clean energy.

With critical mineral demand expected to rise by up to 500 percent by 2050 to power electronics (like laptops and cellphones) and  clean energy technologies, we need to ensure we can meet that demand in a secure and sustainable way. We have a chance to do what the fossil fuel industry never did by setting out from the start to protect the communities and places most impacted by clean energy development. Critical minerals come from mining, though in many cases they can be reused once obtained. Like the oil and gas industry, mining operations have destroyed precious environmental and sacred spaces while leaving behind toxic pollution that poisons our air, water, and land.

Updating our laws and regulations is part of the sustainable solutions needed to meet the demands for critical minerals and ensure that our clean energy future isn’t built on a foundation of dirty mining.

While we must try to meet critical minerals demand through reducing, reusing, and recycling existing materials, we understand that some mining must occur to get us to that clean energy future. That’s why we’re working to reform our mining laws and regulations to meet the demands of the future by avoiding some of the most egregious harms to communities and the environment in the process.

An open-pit mine threatened to pollute the Menominee River as well as the ancestral lands of the Menominee Tribe of Wisconsin, but the Tribe’s legal action has halted the project.
Mike Roemer

For 150 years, the Mining Law of 1872 has regulated mining operations on over 350 million acres of public lands—territory that the public owns, but the government stewards for the good of the people. Many of these lands have played an essential role in tribal communities’ livelihoods and cultural practices since long before European settlers arrived.

Originally passed during the gold rush boom, when the American Government sought to “settle” the West and forcibly remove Indigenous people from their land, the Mining Law of 1872 has remained virtually unchanged since then.

Compared to other extractive industries like oil and gas, mining companies receive even more of a sweetheart deal under the law at the expense of U.S. taxpayers, Indigenous communities, and environmental protections.

The current law prioritizes mining above all other land uses—even for iconic natural landscapes and Indigenous sacred sites—and allows mining companies to proceed with dirty extractive processes without strong environmental protections or consultation with tribal communities. When these companies have extracted all the resources they can, the current law fails to hold them accountable for cleaning up rampant pollution, leaving behind a legacy of toxic waste that poisons communities for generations.

Havasupai tribal members and other supporters stand outside the Ninth Circuit Court of Appeals in San Francisco in 2016. Two cases regarding mining in the Grand Canyon were being heard that day.
Chris Jordan-Bloch

How can we improve mining operations?

While building out the clean energy infrastructure of the future, the United States has the opportunity to set a gold standard for the most environmentally friendly, pro-worker mining operations possible. That foundation begins with robust community engagement, strong environmental protections, and intentional tribal consultation with Indigenous communities to protect sacred sites and cultural resources. Good mining reform must include:

What are Congress and the Biden administration doing?

House Natural Resources Committee Chair Rep. Raul M. Grijalva (D-AZ) and Senator Martin Heinrich (D-NM) have recognized the importance of updating our mining laws and regulations to the 21st century and introduced the Clean Energy Minerals Reform Act. The bill would update the mining law of 1872 to include strong environmental and community protections for local communities, respect tribal sovereignty throughout the mining exploration, planning, and extraction process, and ensure that taxpayers are fairly compensated for minerals extracted on public lands.

At the same time, the Biden administration has announced an Interagency Working Group to begin the process of reforming federal mining regulations. This is a first step towards establishing strong responsible mining standards that protect the environment, public health, and cultural resources. The group is currently taking comments from the public, which will influence its reform recommendations.

A company called Lucky Minerals proposed to build a gold mine near this location just outside Yellowstone National Park, but a successful legal challenge by Earthjustice stopped that plan.
William Campbell for Earthjustice

What is Earthjustice doing?

Earthjustice currently represents numerous tribes across the country fighting dirty mining operations that threaten their sacred lands and cultural resources. Read these stories from our clients to learn more about what’s at stake in reforming mining law and regulations:

What can you do?