Now Is Biden's Chance to Address the Source of Nearly 1/4 of All U.S. Carbon Emissions

President Biden can use his legal authority to transition the U.S. away from oil, gas, and coal by aligning the federal leasing program with his climate and environmental justice commitments 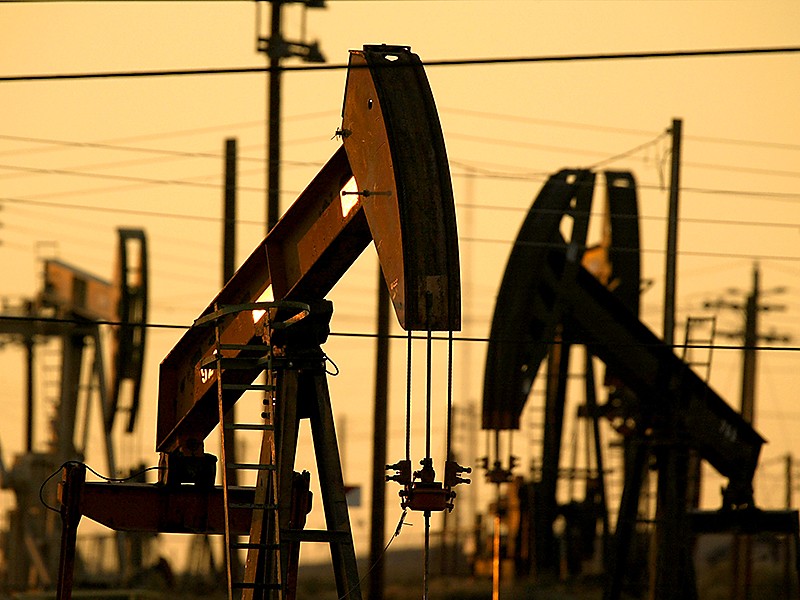 Federal fossil fuel leasing on public lands and waters is a bad deal for our health, our communities, our environment, and our climate. But today, with gas prices reaching record highs, fossil fuel corporations are demanding that the government double down on new oil and gas leasing that would only lock us into decades of continued fossil fuel dependence and further exacerbate the climate crisis. That’s why Earthjustice and Evergreen Action created a report that clearly lays out how the Biden administration can meet this key moment by aligning the Federal Fossil Fuel Program with the President’s climate and environmental justice commitments and delivering a more equitable, stable, and secure clean energy future.

The federal fossil fuel program is the mechanism through which the U.S. government leases public lands and waters to private entities for the extraction and development of oil, gas, and coal. The federal fossil fuel program has played a significant role in our history, and now presents us with both an unavoidable challenge—and an opportunity—to address the moment we find ourselves in, and to shape how we want our public lands and waters to be a part of the climate solution. After all, lifecycle emissions from fossil fuels extracted from federal lands are responsible for nearly a quarter of U.S. carbon emissions since 2005.

The program in its existing form does not line up with President Biden’s national climate pollution target, the goals of the Paris Agreement, or the climate science, which is resoundingly clear: no new fossil fuel infrastructure can be developed anywhere globally, if we hope to stand a chance of limiting global warming to 1.5°C. Meanwhile, out of date leasing policies allow private fossil fuel companies to enjoy de facto subsidies from taxpayers while they exploit federal lands and waters, poison frontline communities, and price gouge consumers for the fuels they’ve extracted from our public lands and waters.

The federal leasing program also inflicts a profound environmental injustice. For decades, the communities that live near fossil fuel extraction, transport, and processing have borne the greatest burden of our nation’s federal energy system. As a result of generations of environmental racism and colonialist practices, these impacts are disproportionately experienced by Black, Brown, and Indigenous communities. For example, communities in the Gulf South region are subjected to immense pollution generated from refineries processing oil from more than a thousand offshore oil rigs in the Gulf of Mexico, often with deadly consequences. Thousands of miles to the north, in Alaska’s Western Arctic, residents of the small Alaska Native community of Nuiqsut have experienced skyrocketing rates of respiratory illness due to pollution from nearby extraction sites.

Moving beyond fossil fuels would finally jumpstart America’s lagging efforts to meet its climate commitments both domestically and with the international community. Investing in clean energy will make America more energy secure and stabilize energy costs by better protecting consumers from the price spikes and geopolitical insecurity inherent to fossil fuels. But to get there, we need action, and we need President Biden to seize this opportunity for bold leadership.

Earthjustice and Evergreen’s new report lays out a policy roadmap for President Biden and his administration to use executive authorities to achieve three critical objectives:

1. Swiftly and legally phase out new federal fossil fuel leasing on public lands and waters, including oil, gas, and coal.

The Bureau of Ocean Energy Management must end new offshore oil and gas leasing in federal waters by providing for no new lease sales in the upcoming Five-Year Program. The Biden administration must also reject new onshore lease sales that do not align with the President’s climate commitments. The Biden administration should also withdraw large amounts of federal lands from the new leasing process, cancel the existing leases issued in the Arctic Refuge, and deny the permit for the Willow Project in the Western Arctic. And for coal, the Biden administration should reissue a full coal leasing moratorium, without exceptions, that immediately halts new leasing.

2. Limit federal fossil fuel production from existing leases to align with the goals of the Paris Agreement and President Biden’s climate and environmental justice commitments.

For example, the Department of the Interior (DOI) should limit the rate of onshore oil and gas production from existing leases to align with climate commitments. DOI should also prohibit routine venting and flaring of methane gas and select the “no-action” alternative for massive carbon polluting projects that are proposed to occur.

3. Lead a just transition away from a fossil-fuelled economy for communities historically and currently impacted by federal fossil fuel leasing, while investing in a just and inclusive clean energy future.

To do this, the report recommends that the administration establish a Community Council to elevate the concerns of Indigenous and frontline communities, create a Labor and Just Transition Working Group within the White House Environmental Justice Council, work to identify federal resources that can help decouple state budgets from fossil fuel royalties, and deploy responsibly sited clean energy, including solar and wind energy, on public lands and waters.

How you can help:

Tell the Biden administration to phase out federal production of fossil fuels and follow through on its climate promises!